When Professor Ryan Ko started learning computer engineering during his undergraduate degree, he didn’t expect to become an expert on cyber security (and an adviser to Interpol). Today, he is helping future cyber security experts to own the unknown.

After beginning his Bachelor of Computer Engineering, Professor Ryan Ko started working as an engineer. But after a couple of years, feeling ever-curious, he felt research calling his name.

“I went back to do some PhD studies in Singapore. Halfway through my PhD, I was headhunted by Hewlett-Packard Labs, which was an industry that focuses on creating HP’s new products,” he says.

“Once I submitted my thesis, I went on to work in the industry as a computer scientist. That was a very rewarding experience; I got to know how products are designed and built, and then how commercialisation is done for different software.”

According to Ryan, seeing some of his innovations and inventions turned into patents or products at HP was very gratifying. But he had his sights set on a more academic path, which led him to embark on a new role in New Zealand.

“I actually wanted to be a professor, so I applied for and got a position at the University of Waikato New Zealand," he says.

"There, I set up the first cyber security lab in New Zealand and through that process, the lab grew into an institute.”

“It was a very rewarding time, developing the national curriculum of cyber security for New Zealand – and then UQ came calling.”

Today, Ryan is Chair and Director of UQ Cyber Security. His applied research in cyber security focuses on returning control of data to cloud computing users.

As a teacher at UQ, one of Ryan’s proudest memories features a student who walked into his classroom without any background in computer science.

“One of my students came in without any computer science background, and I saw him taking on the computer science degree. After that, he went on to study a Master of Cyber Security,” he says.

“Before he actually studied the degree, he used to work at a fast-food restaurant for 10 years. He's a hard worker so, combined with the education that he received, he went on to work at one of the big phone companies as a security consultant."

“He got promoted 3 times in 1.5 years. I felt so satisfied with the fact that I could have had a small contribution to his career and his life. And I can see that shapes the lives of many others in his network and in his family as well.”

When it comes to tackling the unknowns of the future, Ryan hopes his students develop a lifelong learning mindset to help them approach challenges in innovative ways.

“What I want students to actually take away from studying with me is that they're open to learning, open to new challenges, and they know the approaches and the mindset and the framework to actually take on these challenges in a very effective way.”

Own the unknown with a Bachelor of Computer Science from UQ. 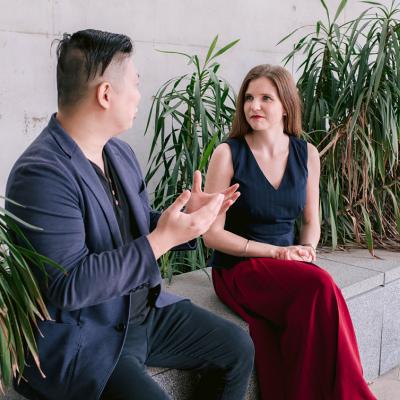