Stepping into the mathematical unknown is a thrilling equation for Canadian-born Dr Sara Herke: it just adds up.

Mathematics is a fascinating field with lots of open questions waiting to be answered. It’s this sense of joy in seeking answers that Sara wants to convey to people intimidated by mathematics.

“I just find it interesting and like doing it, and I’m okay with making mistakes,” she says.

“My proudest moment as a teacher is when students tell me they came into my course feeling properly nervous about the mathematical content but came out feeling more confident and more appreciative of mathematics in general."

“To me, seeing that change in attitude and perceptions, that’s the most rewarding part.”

As a lecturer in the School of Mathematics and Physics, Sara encourages mathematics students to dive deep into mathematics and to also gain foundational knowledge of computer programming and statistics. And as a researcher, she focuses on graph theory, which has applications ranging from transportation networks and biological models, to efficient data storage, which gives insights into optimal networks.

“In particular, we may want to build an efficient transport network with the fewest crossing lines, or a network that guarantees two different paths between certain points.”

What do maths and karate have in common?

As a black belt in karate, Sara finds the same thrilling precision in pure mathematics as she does in a well-executed kata. It too requires discipline to keep researching questions that are easy to ask but are tantalisingly difficult to answer.

“It’s challenging to work on these things, and sometimes things don’t go well in your research for a little while, but then you suddenly get a spark, and you move forward,” she says.

“That feeling, when you suddenly make progress, and you’ve figured out something that’s new, that’s just unbeatable.”

The importance of maths today

Sara says that knowing about mathematics is useful in many disciplines and valuable in the job market.

“Industry is really moving in the direction of needing to analyse big data and use machine learning," she says.

"At UQ, mathematics students are being given that foundational knowledge as well through courses in operational research, statistics and things that relate exactly to this.”

“I feel like my journey in maths has been very smooth, and I’ve always had a lot of support,” says Sara.

“I really do owe that to all the female mathematicians who came before me, and I’m really proud of that history.”

Sara says she began her maths journey at 9 years old, but she only really consolidated the idea of maths as a true career after finishing her PhD at The University of Queensland.

“I realised, ‘I’m a mathematician’, and that I was developing a career in mathematics,” she says.

“It was not that I knew from an early age that was what I was going for – I just followed what I loved.”

Own the unknowns in mathematics at UQ. 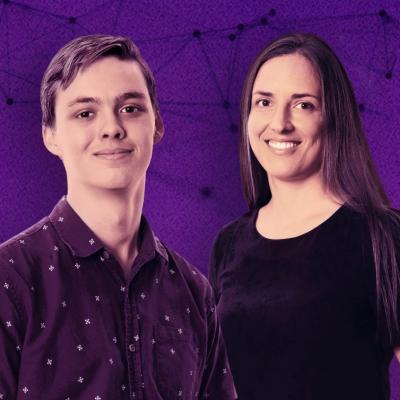 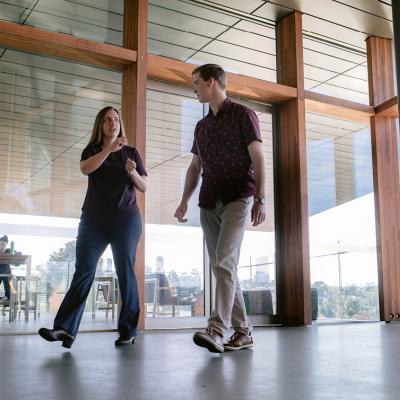 What's it really like to study mathematics at UQ?

What's it really like to study mathematics at UQ?