Growing up in Germany, Dr Sebastian Kaempf found that people didn’t want to speak about war. Today, he’s dedicated to helping the next generation understand the politics of conflict in order to promote peace.

Sebastian is Senior Lecturer of UQ’s Peace and Conflict Studies major within the Bachelor of Arts. Every day, he boldly addresses all the questions that many people find too uncomfortable or difficult to talk about.

By examining and analysing humanity’s mistakes, Sebastian believes that we’ll gain a better idea of how to get things right.

The history of war

When Sebastian first learned about the history of war, it completely reshaped his worldview.

“Often the teaching of history and politics in high school is just focused on your own home country," he says.

"University offered a global perspective that I never had growing up in Germany.”

He says that his love for the subject first began when he started undergraduate studies in international politics in the UK.

“There was something really fascinating about the idea that I could study the world and how it functions politically, environmentally and in terms of conflict,” says Sebastian.

“To broaden out and look at all these big fundamental questions that concern us in a global way – by looking through the lens of international politics, and peace and conflict studies – was fundamentally intriguing, and it changed my life.”

In order to understand peace, we also need to understand war. What causes tensions to rise and leads to the outbreak of violence? While this topic may not be easy to discuss, Sebastian believes that it’s essential to study conflict to better understand what human beings and societies more generally are capable of doing.

“Some people don't really want to go there because they're just hard to stomach emotionally.”

Sebastian says he doesn’t want to exonerate any of the horrific conflicts taking place in the world – like the deep issues of violence, genocide and ethnic cleansing. Instead, he is passionate about closely examining the makings of these events so that they can be resolved and avoided in future.

“I'm interested in why they're happening on the basis of understanding what drives these horrific events and phenomena, and to then think about ways in which we can get out of them,” he says

“How can we stop them? How can we resolve and mediate conflict? How can we reconstruct war-torn societies and bring lasting peace? I think that’s a very important value we need to have in the world and that is ultimately what gets me out of bed in the morning.”

Sebastian is clearly a passionate and engaging lecturer – but how does he ensure that the complex concepts covered in Peace and Conflict Studies are fully grasped by his students?

He says it’s all about putting himself in their shoes while planning course content, using relevant and topical examples and hearing from real-life people working in global ministries, governments and humanitarian aid organisations.

“There are a number of Peace and Conflict Studies graduates whose careers are now in conflict zones (such as between Russian and Ukraine) or dealing with the repercussions of that conflict, be this on the ground in the country or in the border regions, or from capital cities such as Canberra and the United Nations,” says Sebastian.

“Whenever possible, I try to bring these people in on Zoom to talk to my students, as their real-life experiences help them gain a much deeper and profound understanding of what’s going on than what they could ever get from the media.”

Sebastian explains that teaching Peace and Conflict Studies is also about encouraging students to make up their own mind about key concepts by nurturing discussion and debate, as this is how true change evolves.

He motivates his students to look at their readings critically and form their own opinions.

"Just because something is written in a book by a very famous person doesn’t mean that they’re right,” he says.

“It’s important to see academic texts as sophisticated ways in which people argue different things and learn to question that and engage with it in a respectful matter.”

Beyond the traditional concepts of peace and conflict, Sebastian says that the next key issue of importance will be the future of surveillance and privacy.

“I'm deeply concerned with the state of surveillance happening around the globe, not only from governments and states, be those democratic or authoritarian ones, but also through big companies like Google and Facebook,” he says.

From online shopping and job applications, to the movies we watch and the way we socialise – today, information about what we do online is collected, uploaded, stored and analysed. Could this be the end of privacy as we know it?

“We have obliterated the idea of privacy, and there seems to be very little concern about this," says Sebastian.

“For me, this is endlessly fascinating, and it's driven by a concern that privacy – which is only a very recent concept that we have developed in society – might be on its way out. Is that something we want? Is that something we should resist? These are the kinds of questions I'm interested in.”

So, what skills do you need to excel in an Arts, Humanities and Social Sciences program at UQ? According to Sebastian, just two simple things: an interest and an open mind.

Because you’re going to get the rug pulled out from under your feet. And that’s exciting in so many ways.

“University would not be doing a good job in terms of learning if you didn’t come out of it a different person with a different understanding of the world from when you entered,” says Sebastian.

“That kind of openness towards being surprised and being taken into whole new different worlds is really where it’s at.”

Explore all the UQ programs that could help you create change, or meet some other UQ academics who are impacting the world in their own fields and their own unique ways. 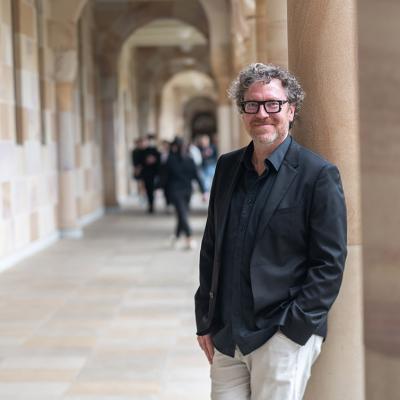 Humankind: how to make positive change in the world

Humankind: how to make positive change in the world 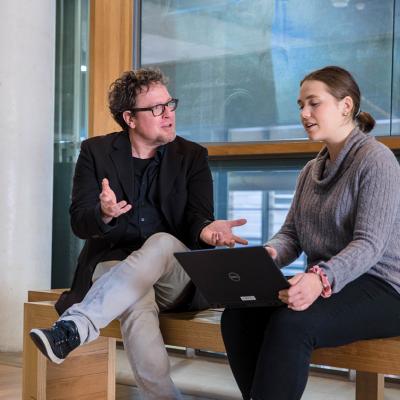 What's it really like to study arts at UQ?

What's it really like to study arts at UQ? 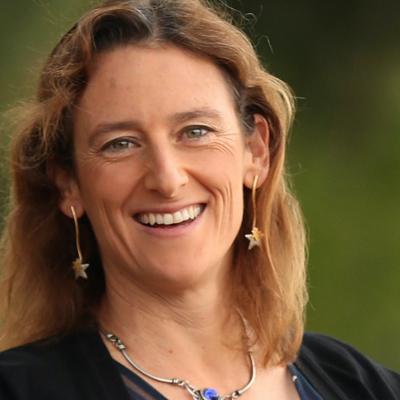