Is screen time really idle time? What can teachers learn from the way people use digital platforms and how it shapes their learned behaviour? How can social media be used in education?

How is social media used by students?

Social media and education may seem like polar opposite at times. However, not all students use the available channels as a source of procrastination or a platform for spreading unverified theories. In fact, Dr Simone Smala, a senior lecturer in the UQ School of Education, has observed important links between the likes of Facebook, Instagram and Twitter, and common human environments for learning.

“Who’d have thought that a trending social media phenomenon and educational psychology were linked?” she says.

“It’s amazing how much of what we see teaches us lessons on a daily basis. My teaching area is educational psychology, where we look at different learning theories and I’m fascinated by how learning happens in so many different places. Social media platforms are a prime example of that."

"We can observe how fundamental ideas in learning theories play out on social media. These are theories that I use to equip my students to be educators of tomorrow.”

The positive impact of social media on education

One theory is that humans learn most noticeably through observing social processes, linked to situations, environments and actions that feel familiar. This would certainly add weight to the notion that not all scroll time is detrimental and demonstrate why social media is important for students. It also opens up discussion about social media as an educational tool.

“Take the Bin Isolation Outing on social media… where people were dressing up in costumes or making elaborate videos of themselves putting their rubbish bins outside when COVID-19 restrictions were at their highest,” says Simone.

“It’s deeper than people being playful or silly. It’s about feeling part of something larger on a community or global stage. It connects people. There are messages in the Bin Isolation Outing posts about kindness, of being helpful, appreciating others, and sharing in the fact we are social animals who enjoy interaction."

"It may be unintended, but it is via phenomena like this that young people look for messages or guidance of how to be an adult, how to hold yourself and how to communicate with others.”

As with other forms of communication, the Bin Isolation Outing quickly developed in its complexity and took on new meanings as it was disseminated more widely and commonly. The trending behaviour may have started with a single post, but it was in the many responses where the meaningfulness of the activity was placed in its full context.

“People watched others and learned how to create posts that attracted attention. The learning occurred organically and vicariously,” says Simone.

“When people first saw the trend, it really resonated with them and it provided a stimulus for them to take it upon themselves, do something, and add to the dialogue."

“As an educator, you step back and analyse what were the messages and emotions that were conveyed and how did it grasp people’s attention enough to want to respond."

Simone says one of her guiding tenets is to consider students not just as previously empty vessels filled with meaning and content, but as apprentices to a new world who shape the future through their interactions and the personal characteristics they bring.

Own the unknown in education at UQ. 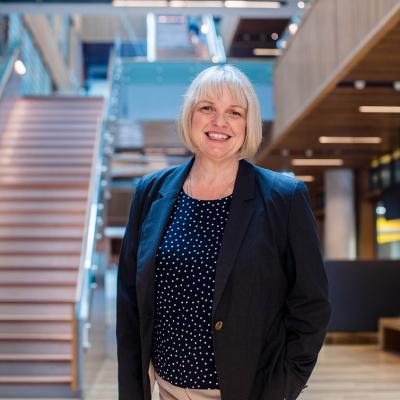