While many industries are reducing their carbon emissions, pollution from Australia’s transport sector is only getting worse.

And it’s not going to be a simple fix.

While government bears much of the responsibility for driving positive environmental change, the private sector also has a part to play. That’s where young entrepreneurs like Tom Bizzell come in.

Tom is a UQ Bachelor of Commerce / Bachelor of Laws (Honours) student. He’s also our Chief Student Entrepreneur – a role that has further developed his passion for solving problems and helping others do the same.

So, what’s the big idea?

This is when multiple trucks travel in convoy, which creates significant fuel efficiency benefits for the trucks behind. By keeping close to the vehicle in front, a truck faces much less air resistance and therefore requires less fuel to travel – this is sometimes called slipstreaming.

So, why aren’t trucks already doing this? Well, it’s partly because trucks need to be semi-autonomous to platoon safely at close proximities.

But that’s not the only obstacle that Tom and Jack identified.

“Without the ability for truck companies to platoon with their competitors, its occurrence would be very rare,” says Tom.

“We recognised that the main hurdles to platooning between competitors would be the coordination of it, and the unwillingness of trucks to give their competitors a benefit.”

Jack, Tom and Chris developed their startup to address these exact barriers, providing a platform that combines the schedules of trucking companies and helps them to:

“Wakeshare is now a software tool which takes the schedules for multiple trucks, models their location over time and identifies route segments in which there are opportunities for platooning.”

Is this a good idea?

Indeed it is, as verified by multiple startup award schemes.

WakeShare won global first place at the Ericsson Innovation Awards in 2020 – an achievement that came with a not-too-shabby €25,000 prize (around $40,000AUD) – and was a finalist in the Universitas 21 Global Rise Awards.

But for people like Tom, having a “good” startup idea isn’t just about winning awards and being commercially viable – it also needs to have the potential to create positive change beyond the business world. So, he’s pleased that his startup could have a real impact on the transport sector’s carbon emissions one day.

“The private sector has a big role to play in the effort against climate change,” he says.

“We’re excited to be involved in that.”

Tom and Jack’s interests and study areas initially led them to focus on the intersection of IT and reducing emissions. It was then a combination of their current uni subjects and one of their favourite pastimes that sparked the idea for WakeShare.

“At the Sunshine Coast, you can often see a queue of freight ships on the horizon – Jack and I have surfed there together a lot over the years,” says Tom.

“Jack was doing some coursework on fluid dynamics and the effect of slipstreaming was top of mind. There are a few intuitive reasons why ships might not slipstream, so we decided to dig into them a bit more and figure out if they were addressable.”

“Learning about the safety, coordination and mutual benefit problems which prevent platooning in both the shipping and trucking industries led us to realise that the trucking industry may soon be in a position to overcome the safety hurdle.”

Of course, having an idea is one thing – knowing the tools and tactics to make it a reality is a whole other challenge.

Luckily, Tom already had experience with UQ Ventures at this point, and the seeds of his entrepreneurial mindset were planted back in high school.

Ventures is the core of UQ’s entrepreneurial spirit. It features co-working spaces for collaboration, innovative tools such as 3D printers and design studios, and an ongoing series of events, programs and workshops to help students bring their brightest ideas to life. See for yourself.

“My initial experience with Ventures was actually a high school program in Year 11, and I also remember finding the UQ Ventures website while researching degrees and being really interested in it,” he says.

“My first involvement while at university was the Ventures Curiosity program – it was during COVID, so the sessions were run over Zoom, and the content was interesting.”

It was during this program that Tom’s path towards becoming UQ’s Chief Student Entrepreneur really began, thanks to a nudge from Nimrod Klayman, Head of Entrepreneurship.

“I remember Nimrod suggested that we participate in a hackathon that was about to occur,” says Tom.

“I’d never done a hackathon and I knew nothing about software development, but I was stuck at home in COVID lockdown and had nothing better to do, so I decided to give it a go anyway.”

It wasn’t long before Tom went from “nothing better to do” to doing better things.

“That experience really set me on a new path – I became really interested in software companies and the huge scope of problems which they can address,” he says.

Want to learn more about the Ventures experience? Read our interview with Tom and Ventures ambassador Lara Berge: What’s it really like to launch a startup at UQ?

While Tom's business ideas may seem lofty at times, they are also firmly grounded in the theories taught in the UQ Bachelor of Commerce. Hypothesising about how competing truck companies might mutually benefit from platooning requires an acute understanding of accounting/finance principles, which are fortunately a key component of this program.

Tom calls out the Management Accounting course in particular.

"It was helpful to know about the modelling techniques accountants use to inform management decisions," he says.

In fact, much of the content within the Bachelor of Commerce is highly relevant to the process of developing startups, especially when it comes to making sure your prototype or business model is commercially viable. Students in this program learn to ask (and answer) questions such as:

Importantly, commerce students also learn how to put their new knowledge into practice – and developing a startup through Ventures is just one way they can do so. Students in this program can also participate in a business industry placement, discovering first-hand how the skills they've acquired can impact and improve a real organisation.

And all this is only half of Tom's program. He's studying the Bachelor of Commerce as part of a dual degree alongside a Bachelor of Laws (Honours).

While studying law may seem, on the surface, unrelated to launching a startup like WakeShare, Tom's legal savvy has already made its mark on the project. When discussing the need for semi-autonomous trucks to make platooning safe, Tom is quick to point out that truck drivers could technically achieve the slipstreaming benefits already – but that tailgating this way is against the law.

More generally, an education is law is useful for understanding the legalities of starting a new business. There's a lot to juggle when you're an entrepreneur – legislative requirements, safety regulations, insurance, compliance, industrial relations, liability – and having a Bachelor of Laws (Honours) can help you stay mindful of all these elements.

Now, Tom gets to influence what Ventures delivers to the young entrepreneurs following in his footsteps. And he’s loving the chance to spark in other students that same inspiration and excitement he has experienced.

“Having spent a lot of time in my first and second year participating in the UQ Ventures programs and the UQ Innovation and Entrepreneurship Society, it’s great to be able to help shape the experience for the next cohorts of students,” says Tom.

“I sit on the Entrepreneurship steering committee, helping to inform decisions about Ventures’ direction and working with the Ventures ambassadors to help increase student engagement in programs.”

“The best thing about the role is getting to spend time with members of the UQ community who are building great things and solving problems.”

If you’ve got big ideas of your own and are about to start uni, Tom would encourage you to get involved with UQ Ventures and join the UQ Innovation and Entrepreneurship Society.

“I think university is a great time to have a go at starting something,” he says.

“UQ has a great community of staff and students who support the development of startups and a suite of structured programs to equip you with the skills to solve problems.”

The students, teachers and academics at UQ are solving tomorrow’s problems today – by developing innovative startups like Tom, but also by making scientific breakthroughs, using design thinking to solve chronic problems, reinventing school teaching, working towards peace in the world, and so much more.

Learn more about the UQ Bachelor of CommerceExplore all programs 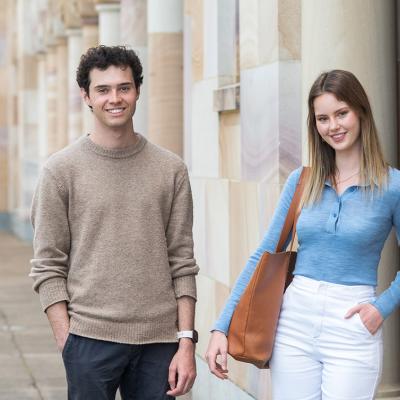 What's it really like to launch a startup at UQ?

What's it really like to launch a startup at UQ? 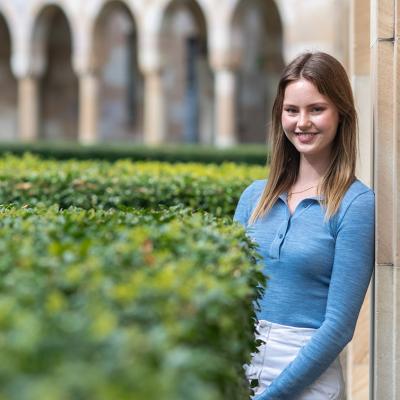 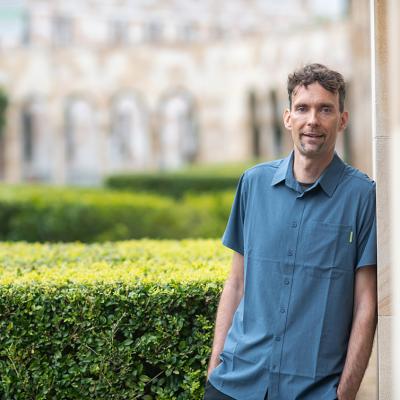 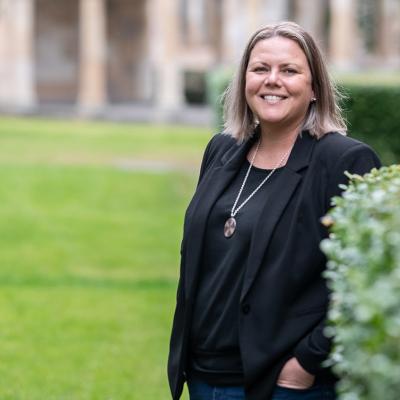