“If you had the opportunity to write a letter to your sixteen year old self, what would you tell her?”

This is the question we posed to Tamara Davis AM.

Learn about the shortcuts she wishes her sixteen year old self could take, if only she knew what the future had in store for her.

Professor Tamara Davis AM is an Astrophysicist at UQ’s School of Mathematics and Physics.

I’m writing from the future.

No, this doesn’t mean I have invented wormholes... yet (but I am an astrophysicist now, so I am working on it).

If I, or one of these fantastic budding STEMM researchers all around me figure it out, we could finally time travel and get this letter to you.

Of course, the advice I have to give will probably be defunct then anyway, because as soon as we invent time travel the timelines will diverge, and since you'll probably have just watched Back to the Future, you'll have learned from Marty McFly that it’s never wise to mess with timelines.

You’d think that I’d have some good advice for you by now – close to 30 years in the future – but I don't really feel that much wiser.

Maybe that doesn’t matter because, spoiler alert, things turn out pretty well. I don’t have the world figured out yet, but one thing I’ve discovered is that no one else does either.

We’re all out here doing our best in the messiness of life. All the impossible things you see, from skyscrapers to satellites, from microchips to machine learning, it’s all been made by humans just like us, out there doing their best.

I can say, your technique of not worrying too much about the distant future is a good one. You always do your best at the most interesting thing in front of you, so stick with that: it’s a good plan.

There are so many exciting things to do out there in the world that it doesn’t really matter which direction you take.

If you always work on something you're interested in, you’ll end up doing something fascinating.

Recognise that your path is going to be somewhat random, and don’t try to control it too much. Work hard so that when opportunities arise, you’ll be ready.

It brightens everyone’s day, and being someone that people enjoy working with opens more doors than you can imagine.

Interestingly, you’ll be surprised where opportunity pops up.

Let me give you one specific example (at the risk of stuffing up your timeline… but oh well).

In 2003, you’ll be finishing your PhD, and you won’t know what you are going to do next. You’ll go to a conference in Canberra, where you’ll be really engaged and interested, and ask lots of questions.

At the farewell BBQ, one of the professors there will come up to you – having noticed your insightful questions – and ask you what you’re doing after your PhD. You’ll respond, slightly sheepishly, “Well, I know I’m meant to go overseas and do a postdoc, but I’m sort of committed to Australia for another year because I am vice-captaining the Australian Ultimate Frisbee team at World Championships, and I need to stay here to train with the team."

The professor will answer, “Hmmm… interesting. I might just have something for you.”

And basically, he’ll make a job for you.

And as a result of this, you’ll write a bunch of papers with Adam Riess, who will also win the Nobel Prize (#namedropping).

Little did you know that asking questions at a conference and getting noticed – combined with playing ultimate frisbee – would later get you invited to some Nobel parties in Stockholm… where you’ll lose your shoes in the middle of the night walking home in the snow, but that’s another story.

On a related note...

Remember, there’s a lot more to life than what you learn in a classroom

Yes, you can keep doing all the other things you love while you study. When you go to uni, relish it. Play as much sport as you can, or do music, or join clubs. The confidence and leadership skills you’re going to learn from doing that are at least as important – if not more important – than the content you learn in class.

I know I wouldn’t be in the position I’m in right now if I hadn’t played so much sport. In addition to teaching you public speaking and leadership, it keeps your mental health strong, teaches you all sorts of coping strategies for hardship, and keeps your endorphins high and your mood happy!

But do be warned, hardship is on its way.

There are tragedies ahead of you. Let them drive you forward. Friends will die young, you’ll deal with injury and illness, you’ll have your heart broken, and repaired, and broken again, you’ll fail time and time again and, on top of that there’s the really big ones that will blindside you.

In the spirit of preserving the timeline I won’t try to warn you with specifics. But just know – it won’t all be smooth sailing.

As it unfolds, though, remember, these things are what made you who I am now. Tragedies can pull you down or drive you forward. Just make sure you don’t stop to wallow, and don’t ask for special consideration. Because everyone has their tragedies. And in the end, people don’t care about what you could have done. They care about what you did do.

Suck it up and keep going

Okay, here’s a really crazy thing – I know you hate public speaking with a passion. I remember when your grade 4 teacher got you to stand in front of the class and speak for a minute on any topic and the entirety of your speech was “…table”. You’ll try debating to try and improve, and find it just as humiliating.

I remember being you, standing on stage in front of the school when I had to give a talk in assembly with my whole body shaking. At university, you’ll be asked to do talks in class and be so terrified that you’ll never remember afterwards anything that you said.

Your first conference talk, your jaw will be shaking so hard that you'll think you're going to chip a tooth.

Speaking in public right now is your worst nightmare.

But believe it or not, little by little, public speaking will become fun.

It begins when you start leading sports teams and having to organise the local frisbee league. Then you start giving talks about your research to amateur astronomy societies. Then you start getting invitations to speak in schools. Then some radio interviews start coming in. And music festivals. And then you’ll get interviewed on TV for Catalyst, and then sometimes for the news.

And before you know it you’ll be confidently speaking in front of thousands of people in live shows and accompanying famous communicators like Brian Cox and Lisa Randall.

You’ll show up on TV cooking shows, on shows about religion, on kids TV. You’ll end up on live national television on Q&A, where you’ll accidentally flabbergast the Australian Chief Scientist with this quote from Feynman: “Science is a bit like sex… sure, it has some practical consequences, but that’s not why we do it.”

And then the ABC will actually get you to help write and then host entire episodes of Catalyst, which get nominated for a Eureka prize for science communication.

If nothing else, that goes to show that anything can be learned, no matter how hard or unnatural it seems at the start.

Well, that’s it from me.

Demand a lot of yourself; you’re capable of more than you imagine.

But also, be forgiving of yourself.

Do everything you can, without destroying your ability to keep on doing it.

Take care, and remember to give a little too (to steal a phrase from one of your longest friends).

Can you see your future in STEMM?

If you're thinking about creating your own career in science, technology, engineering, maths or medicine, our programs can help you get there.

Check out our STEMM programs

Professor Tamara Davis AM is an astrophysicist who studies the elusive ‘dark energy’ that's accelerating the universe.

She's measured time-dilation in distant supernovae, helped make one of the largest maps of the distribution of galaxies in the universe, and is now measuring how supermassive black holes have grown over the last 12 billion years.

Tamara did her PhD at the University of New South Wales on theoretical cosmology and black holes, then worked on supernova cosmology in two postdoctoral fellowships, the first at the Australian National University (collaborating with Lawrence Berkeley Laboratory) and the second at the University of Copenhagen, before moving to Queensland to join the WiggleZ Dark Energy Survey team working on mapping the galaxies in the universe.

The Astronomical Society of Australia awarded Tamara their Louise Webster Medal prize for the young researcher with the highest international impact in 2009, and she has since received the L'Oréal Women in Science Fellowship, the Australian Institute of Physics Women in Physics Lectureship, the Australian Academy of Science's Nancy Millis Medal for outstanding female leadership in science, and an Australian Research Council Laureate Fellowship. She was appointed a Member of the Order of Australia (AM) for ‘significant service to astrophysical science, education, and to young astronomers’ in the 2020 Queen’s Birthday Honours List. 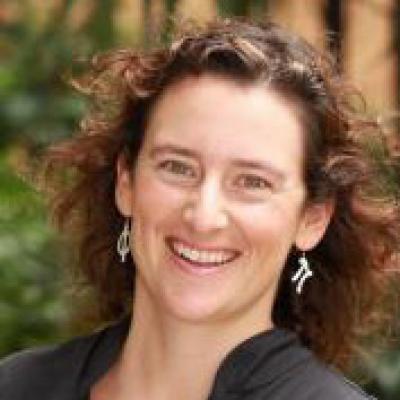 Professor Tamara Davis AM
Astrophysicist, School of Mathematics and Physics
Share this
FacebookTwitterLinkedInEmail 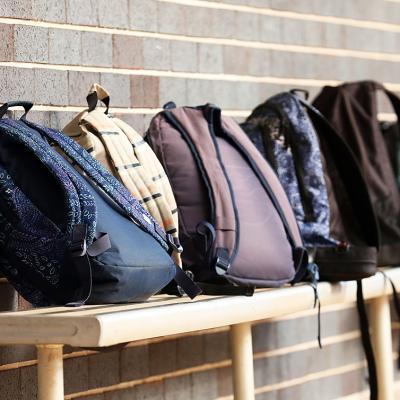 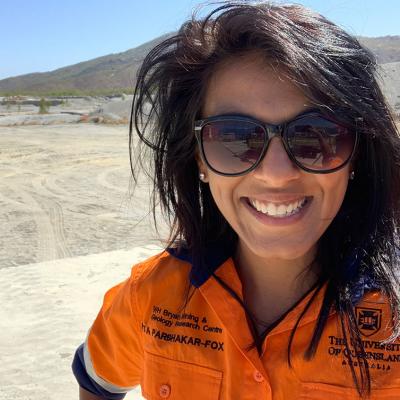 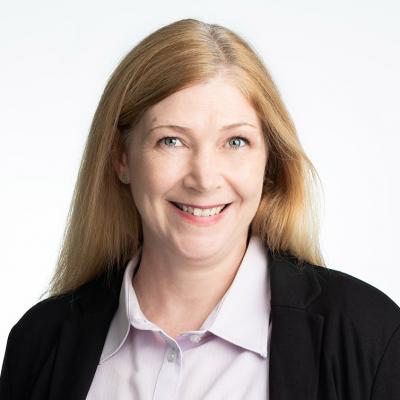 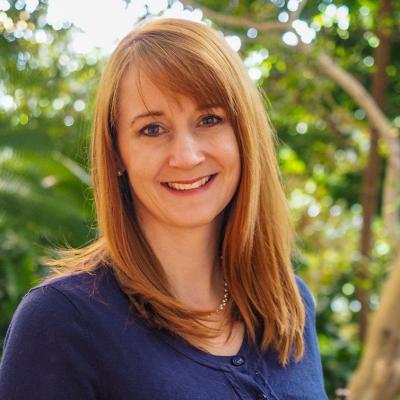