A multiple award-winning educator from UQ’s School of Pharmacy, Dr Jacqueline Bond instantly strikes as being somebody born for her specific craft.

Jacqueline's authentic persona and early-career experiences help her to establish an outstanding rapport with students. She is moved to tears when asked about her passion for teaching.

“One of the things I never take for granted is the opportunity you have as a teacher to form a connection with people,” she says.

“They start off as students, but the nature of that relationship evolves, and it has to, because at some point they graduate and become peers. One of the joys of my working life has been the ability to go into pharmacies all around the state and run into people that I’ve taught who are now at different stages of their lives and careers. It’s so meaningful to me to still feel that relationship – a decade or 15 years later – and there being such joy in the reunion."

One of Jacqueline's key strengths is her ability to inspire others who possess similar interests in molecules and inspire people to fall in love with her niche subject areas of drug discovery and medicinal chemistry.

“I’ve always been a nerd, so I decided I’m just going to own that,” she laughs.

“And among pharmacy students, I’m with my people.”

Maintaining a light and jovial atmosphere is how Jacqueline provides balance to the serious and challenging subject matter in pharmacy. She also acknowledges that content is not everything – teaching students to be compassionate problem-solvers is just as important.

“I try to present myself as an authentic human being, and that gives my students permission to be who they are too,” she says.

“I always like to say that being a pharmacist is about being a scientist with a heart. In order for students to grow into that identity, it’s really important they have examples and models of that. I hope that when I show up in the classroom and make a conscious choice to be vulnerable, honest and authentic, it will allow them to be able to do the same thing down the track with their patients.”

The future of pharmacy

As somebody who undertook a Bachelor of Science at UQ majoring in chemistry in the 1980s, Jacqueline appreciates how quickly the world – and career opportunities and challenges – will evolve in coming decades.

She herself started out working in research and development roles in the petrochemical and biotech industries, then moved into drug analysis in a forensic toxicology lab. She reconnected with her love for teaching when she returned to work in higher education, initially teaching forensic chemistry to police in Canberra, then transitioning to a PhD in pharmacy education and becoming a UQ academic.

“Because pharmacy is the only health discipline that includes drug discovery in the undergraduate program, it feels like being at the forefront of some of the most complex challenges of our time,” she says.

“It is a frustrating, difficult and drawn-out process to bring a new drug to market and, in general, it takes more than a decade. Because I had that experience earlier in my career of working in industry, I really understand the failures, the pitfalls, and then the joy at the breakthrough in scientific research."

“What’s exciting to me is that drug discovery and medicinal chemistry lead to the betterment of humanity. It’s an area that is so worthwhile spending our time and energy and lives on.”

Own the unknown in health and behavioural science at UQ. 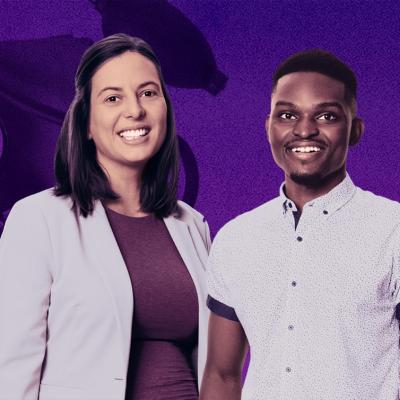 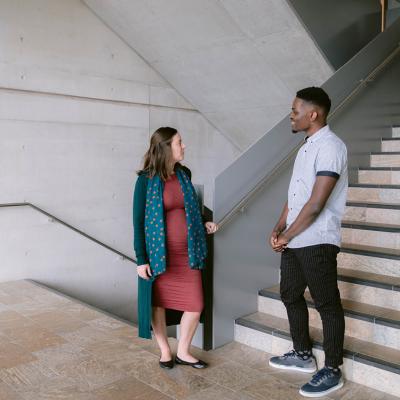 What's it really like to study nursing at UQ?

What's it really like to study nursing at UQ?