The term "zoonotic’’ may not have been widely known before the COVID-19 crisis, but it’s been a long-time passion for the vet turned UQ public health expert, who has devoted much of his research into how diseases jump from animals to humans, and what to do to minimise the risk.

“A lot of the simple health problems that we face have been solved with technologies or vaccines, and what we’re left with now are these complex problems that are really difficult – we call them wicked problems."

Simon's move to a career in public health was an “accidental” change after years of working as a vet in both Australia and the UK.

He moved his family to New Caledonia to take up a public health surveillance position for the secretariat of The Pacific Community, before resettling in Brisbane to work in global disease control in UQ’s School of Public Health.

“Now I’m most passionate about looking at the systems within which health problems occur, particularly infectious diseases,” he says.

“I find it fascinating that we have problems that arise through food production, through agriculture, also to do with lifestyles of people who live in rural areas. The complexity of their lives and also their exposures give rise to the health problems that I’m interested in, these infectious diseases that transmit from animals to humans; we call this One Health.”

Collaboration is the key

Simon believes there is an ongoing need to improve cross-collaboration between animal and human health sectors, and he therefore places a strong emphasis on teaching ‘systems thinking’.

“It’s trying to get people to see that problems don’t occur in isolation, that they occur in the context of a person or a population’s structures and settings," he says.

“I find that intellectually challenging and I find that when students get that point, they really do start to see the world in a different way.”

Simon explains working with stakeholders, particularly government, has always been an enjoyable part of his work, as he loves breaking problems down into their components in the hope that they can be addressed individually, then solutions developed as a whole. But as his career progressed, he wanted to make sure he was passing on concrete concepts to those coming after him.

“The teachers that I had as an undergraduate influenced the way I thought, and I suddenly realised I wanted to engage more in teaching and academic life, and develop my own scientific discipline as a way of influencing future students and generations and to try and leave a legacy,” he says.

“So, despite not being in a veterinary school, I’m now much more involved in teaching than I ever thought I would be, and my role allows me to do that problem-solving and external engagement.”

Learn how you can play a vital part in a healthier future with a Bachelor of Health Sciences at UQ. 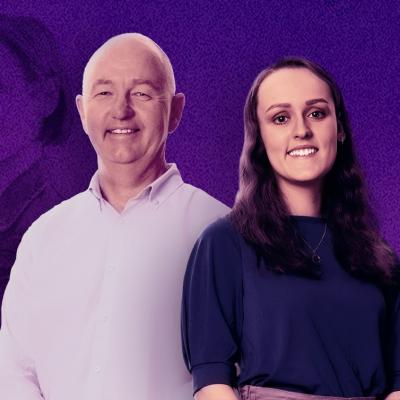 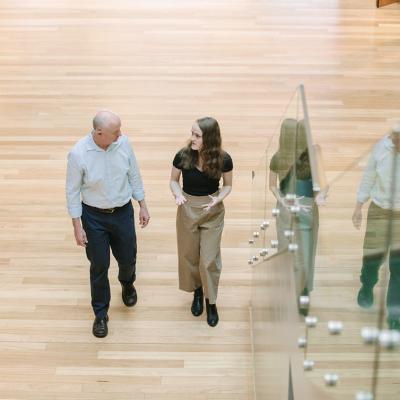 What's it really like to study public health at UQ?

What's it really like to study public health at UQ?