Associate Professor Nicholas Carah and Bachelor of Communication student Dianne Mai discuss their experiences of teaching and studying communication at The University of Queensland.

How do you prepare students for the future when we don’t know what the future looks like?

So, I try to think of my courses as needing to do some stuff that’s about the here and now, like what do you need to know and what do you need to be able to do to go out into the world after you graduate. But I’m also thinking the whole idea of a course, the whole idea of a degree, is not so much about knowledge and skills but about the kind of people who come out of it and the way they approach the world.

What’s the most unexpected thing you’ve been happy to discover at UQ?

Dianne: Coming into the Bachelor of Communication was really intimidating for me, because I didn’t see myself as a very extroverted person, which is what I associated with a professional communicator – they should be well-spoken, eloquent, able to improvise on the spot.

“There was a moment where I realised: oh wow, the Bachelor of Communication has done a Miyagi on me – like suddenly, bam, I’ve got the skills now.”

One time, I was volunteering for a UQ club called the Brisbane-Asian Student Association (BSA). There was an event where they needed an MC, and they were like “hey Dianne, do you want to do this?” and I was like “yeah sure.” Later that night, I was like “wow, I’ve really grown to a point where I can just say yeah sure to being the MC of an event for 100 people on campus, that’s totally fine.”

What advice would you give to someone who wants to study communication at UQ?

Nic: It might be advice about why to do the Bachelor of Communication. To me, that advice is just the kind of society we live in now. Media is at the heart of our society. So, in a way, this is a degree you can do that’s super transferrable. It can take you in all sorts of directions, because you’re going to learn about media and communication, which is just woven into everything – politics, public health, entertainment and popular culture, news, every organisation. So, you just acquire this understanding of the world and a set of skills that can take you all over the place.

I think you do your courses, but there’s kind of a university culture to get involved with as well, and those two things are really complementary.

“The more you feel connected to your campus and university, the more you get out of your courses.”

And I think the other things is: make yourself known – not just to other students, but also to the academics. They’re around, they’re happy to talk to you. I know when you first arrive at university, you might think they’re somehow distant or it’s terrifying to go talk to them, but you just should. When students make themselves known to academics, the academics will know about them and what they want to do – and fortunate things happen when people know who you are and where you’re trying to get to in the world.

Dianne: Yeah, they keep saying that networking is really important, and I used to be like “yeah, sure, it’s who you know not what you know.” But I really believe that now, for sure.

Nic: And networking’s not just going to drinks and meeting lots of people and having to be super extroverted. There’s a quiet kind of networking where it’s just one-on-one conversations, letting people know you’re around, and just asking questions – sometimes that’s the best way to network. Your curiosity will rub off on them, and they’ll know what you’re interested in.

Even in the kitchen with other academics, talking to colleagues, they’ll ask “do you know a student who’s into this?” It’s the students who have made themselves visible to you that are then on your radar. So, I think it’s a really important part of being on campus.

What are the most valuable skills you’ve learnt while studying communication?

Dianne: Being able to adapt in unfamiliar environments. Before, I was very much a “I need to plan things 100% in advance” person, almost to the micromanaging stage, because you have to prepare in case things come crashing down on you. Through this course, I really got the gist from all the academics and all the peers around me that it’s not about how you prepare; it’s about already having the skills to prepare.

So, instead of preparing for every possible scenario and every possible thing that could go wrong, it’s being more chill and keeping things in perspective. At the end of the day, is it really that bad or is there a way to solve it? I think it really helped hone my problem-solving skills especially.

Nic: And it’s not just having the skills, so when you encounter new things you already know how to do that – because life’s going to be full of encountering things you don’t know how to do. It’s more about my attitude, my disposition, how I deal with that.

Give us some examples of career opportunities graduates will have.

Nic: It’s really interesting to me the way communication is hard to predict. I know where graduates are going right now, but I don’t know where those graduates will be in 5 or 10 years. Even when I connect with graduates on LinkedIn and watch their careers, particularly over the last 5-10 years, they’re going in really surprising directions.

Graduates tend to go and work in either agencies or big organisations, and they go into jobs like public relations officer, media relations officer, content creator, social media manager. These jobs are booming and proliferating all new sorts of jobs and titles all the time. The industry is growing and changing so quickly as it adapts to digital media platforms.

So, our graduates go in at this level where they’re creating content or managing a social media page or helping develop campaigns. And then they move into these larger questions, like “how do large organisations communicate effectively with the people they need to communicate with?” And that’s what our graduates do, and they do it in organisations all over the place. You find our graduates everywhere, basically.

What does a day in the life of a Bachelor of Communication student look like?

Dianne: Attending lectures and tutorials! But I think the really fun part about it is that I’m always excited to see what we’ll be learning or covering in that week. So, I like to look ahead and it’s interesting – I’ve never really been bored in a communication course. It’s never felt like work to me – it’s always felt like fun projects. And, a lot of the time, you get to choose the topic for your assessments, which I found is really cool. I like the flexibility of that.

What is unique about the Bachelor of Communication at UQ?

Nic: I think UQ’s degree is unique in the way it fuses together writing and media production, which has always been a part of a communication degree. But then we add to that a really big digital component around digital analytics and platforms and using new forms of digital media. And then the other thing we join onto that is a critical, historical, bigger-picture take on media – media industries and media cultures.

So, in your Bachelor of Communication, you can pair up those practice-oriented threads with this bigger-picture understanding. And I think that bigger-picture part of it is what will have shaped the way you thought about media in 10-15 years’ time. It’s the longer-run game in a sense.

The other thing about studying the B. Comm at UQ is you’re doing it in a social sciences and humanities faculty. So, lots of our students pair up the B. Comm with other stuff via double degrees or by doing a double major or a minor, so they’re often doing history or politics or journalism or writing and literature.

“There are all these other things that people are joining up with communication in really interesting ways, and often that pairing makes you a different kind of graduate. It helps you join up communication with different industries when you go out.”

What have you learnt about yourself since you began studying communication UQ?

Dianne: It’s definitely helped me to realise for myself that I don’t have to be perfect – I don’t have to achieve it perfectly – I just have to be proud of it. By the end of it, I want to be able to almost brag about the things that I’ve learnt and what I’ve managed to produce during my time here. And there’s also the bigger-picture mentality, rather than just “I need to get this to get a 7”.

“At the end of the day, you don’t want the grades – you want the knowledge and those experiences to stay with you for life.”

If you could give me one piece of advice that would set me apart as a job candidate, what would it be?

Nic: Assuming you’re doing well in your courses, the thing that sets you apart is doing stuff beyond the classroom. There are many things that might be.

The one thing that I think really matters now is internships. That’s a relatively new thing, particularly in Australia. I think internships matter, not just because they sit on your CV and it looks like you’ve gone out in the world and done something, but because it helps you authentically know what these jobs look like and what you’re actually looking for. And then, when you rock up trying to get jobs, it’s like the employer knows that you know.

But if it’s not an internship, it might be other ways of getting out there and engaging with things beyond the classroom. I have a number of students who volunteer at 4ZZZ community radio. It’s not an internship, but it’s getting involved with a media organisation, learning media skills. Students who do this kind of thing just change in terms of what they know, what they can do, what they’re looking for. And that’s just a really important piece of the puzzle.

What is it about UQ’s approach that makes us the most employable graduates in the state?

What do you think employers in your industry are looking for and how has UQ equipped you with these skills?

Dianne: Specifically, with the Bachelor of Communication, I think it helps to be really well-rounded. But, on top of that, to be unique and embrace what sets you apart. It can be your flaws, but it can also be your hobbies and interests. And they might not align, or you may not think that they align initially, but communication is really flexible. It’s about taking the skills you’ve learnt as a base and then applying them to your passions.

UQ has equipped me with these skills to be able to adapt. They’re really transferrable skills, like learning how to write, how to produce content, how to work with lots of different social media. So that’s been really helpful for me.

Explore the Bachelor of Communication or learn more about Associate Professor Nic Carah. 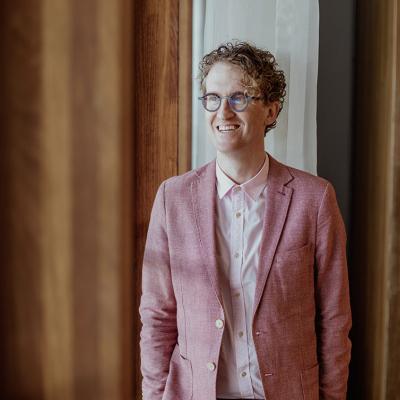 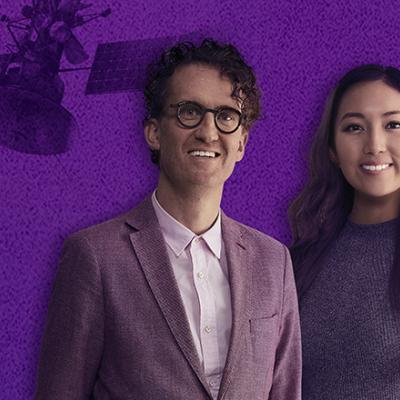 Does the media reflect reality or create it?

Does the media reflect reality or create it? 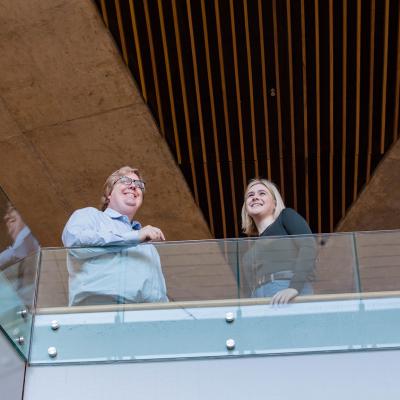