Professor Stuart Carney has faith in medicine’s ability to make a difference and enjoys pushing the boundaries to enable it to happen.

UQ Medical Dean Professor Stuart Carney believes he has the coolest job at the university. Every day he gets to act as what he calls a ‘critical enabler’ to allow staff and students to reach their potential.

“I work with and alongside some of the best educators and researchers on the planet, and we have an opportunity, working in partnership with our students, to form and transform the brightest minds here in Australia and the world,” he says.

An unexpected path to medicine

Stuart’s commitment to serving others could have gone another way after obtaining his medical degree at the University of Edinburgh. As he walked the cobbled streets of the Scottish capital each day, his thoughts turned to becoming a priest, and after finishing his internship he joined the Jesuits, a Catholic religious order.

“I think the same things that inspired me to test my vocation with the Jesuits are what keep me excited as a doctor – that is, a commitment to making a difference.”

Stuart went to Oxford to train and work as a psychiatrist, then moved to King’s College London to become Dean of Medical Education.

“What attracted me to psychiatry was the opportunity to work with people in our society who are often among the most disenfranchised, and to use my clinical and scientific training to push back the boundaries of how we can help improve outcomes for people with mental illness.”

A growing passion about taking care of mental and physical health equally led him to expanding his interest in public health more broadly.

“We have an opportunity and a responsibility as doctors to not only improve the outcomes of the patients we see, but also to think at a population level, how can we improve outcomes more generally,” he says.

Stuart says “unfinished business” for him is the tragic reality that people living with severe mental health issues die on average 18 years earlier than the general population.

“The bulk of the premature mortality gap associated with severe and enduring mental illness relates to the physical health issues that people are grappling with,” he says.

“From a passion-project point of view, that’s something I would like to see us narrow the gap or eliminate the gap before I hang up my stethoscope and retire.”

Stuart credits his parents as his heroes, encouraging his determination to continually self-improve.

“My father was the first person in his family to go to university, and both of my parents have taught me the power of education and that we never stop learning," he says.

Stuart says his proudest moments at UQ are seeing students cross the stage at graduation, particularly those who have overcome significant adversity or run into difficulties during their course.

“Seeing the determination, the courage and the sheer skill of our students is a time which brings a huge smile to my face.”

Own the unknown in medicine at UQ. 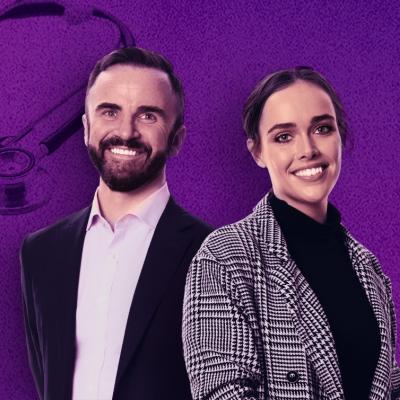 Disease or doctor: Which drives medicine?

Disease or doctor: Which drives medicine? 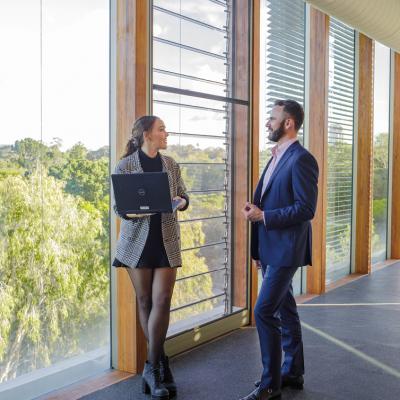 What's it really like to study medicine at UQ?

What's it really like to study medicine at UQ?