Adding language studies to your undergraduate degree may be one of the best moves for your future career. Learning a language in university can complement your studies, enhance your communication skills, and open up a world of new and exciting opportunities.

However, when considering the question ‘is it worth studying a language at university?’ it’s best to think about it personally: ‘is it worth it for me?’.

Here are a few things to consider when tossing up whether to study languages alongside your bachelor’s degree.

Is it more convenient?

There are so many ways to learn a second language. From apps to community classes and online modules, choosing the best mode of delivery can seem a little overwhelming. Language study at university may be the best option for you if you’re looking to maximise your time and utilise tuition fee assistance schemes.

UQ offers a Diploma in Languages which can be added onto an undergraduate degree in any study area. It’s available to domestic students, takes 2 years to complete part-time, and you can choose from 9 language majors.

If you’re already spending much of your time on campus attending lectures and tutorials for your undergraduate degree, it makes sense to learn a language at the same institution. You can easily fit language study around your timetable, maximising your time (and energy) at uni. This provides more opportunities to pick up shifts at work, socialise with friends and engage in extracurricular activities.

If you’re eligible for HECS-HELP, the Diploma in Languages qualifies for this loan scheme. The added convenience of paying off most of your tuition fees after you graduate, when you're earning a comfortable salary, takes financial pressure off many students.

Still wondering if studying a language at university is the most convenient option for you? Hear it from UQ’s Diploma in Languages graduates and current students.

Brooke says the Diploma in Languages allowed her to pursue her goal of learning 2 languages at university – Japanese during her Bachelor of Arts, and Spanish with the diploma.

“It is such an accessible way to add an exchange or new cultural activities to your CV and life experiences,” says Brooke.

For Tahlia, who also studied 2 languages through a Bachelor of International Studies (French) and a Diploma in Languages (Spanish), the flexibility of the program was the main drawcard.

“I found the Diploma in Languages to be very flexible and I was able to easily fit it in around my bachelor’s degree.”

Kate valued the freedom the Diploma in Languages provided her. She was able to study French language and culture, even though her bachelor’s program covered a completely different study area.

Will a language complement your degree?

Many students go about choosing a second language to study by considering the following:

There are much better ways to choose which language you should study at university. If you want to get the absolute most out of your tertiary language studies, you should consider the following:

Tiffany decided to undertake a Diploma in Languages, majoring in classical languages (Ancient Greek and Latin) to better understand the classical texts studied in her ancient history courses. This led to her studying with the Australian Archaeological Institute at Athens and has since broadened her experiences to include academic research opportunities.

“I was able to gain a much deeper understanding of the texts studied in my ancient history courses because of my language skills. Classical texts often have multiple different – yet all accurate –translations, so studying Greek to an advanced level helped me to understand how to navigate the nuances and ambiguities underpinning classical texts. It also meant I could write my own translations in contemporary English, instead of relying on translations made a century ago!”

Will it set you apart from other graduates?

It’s important to think about job outcomes when undertaking your first and subsequent years of university. Are graduates in your study area in high demand in the workforce? Or is it notoriously challenging to get a job straight after uni? A Diploma in Languages can help you stand out in a large stack of resumés.

Employers from all industries recognise the challenges in language learning, and the perseverance of character needed to master a second language. They also acknowledge the benefits of language diversity in the workplace, including enhanced inclusivity, improved communication and varied approaches to creativity and problem-solving.

Tiffany explains that obtaining a language qualification recognised by the Australian Qualifications Framework (AQF) helped set her apart from other graduates in her field.

“The best thing about this program has been the opportunity to gain an additional qualification to add to my CV, making me more competitive in job applications.”

UQ’s Diploma in Languages is classified as an AQF level 5 qualification. UQ is also Queensland’s number 1 university for modern languages, meaning you’ll be learning from the very best. These factors alone could put you one step ahead of other graduates applying for the same role after finishing your bachelor’s degree.

Do you want to learn more about cultural customs?

A huge part of learning a language is gaining an insight into cultural customs, protocols and social cues. UQ’s Diploma in Languages goes beyond reading, speaking and writing, and looks at the context of the language – the people who speak it, the cultures it represents and the environment it’s spoken in. Furthermore, there are opportunities to take part in student exchange programs to truly immerse yourself in the language, people and culture of your chosen major. After all, what better way is there to test out your language skills than by placing yourself in the thick of it?

One of the reasons why Christie, a Bachelor of Psychological Science graduate, decided to complete a Diploma in Languages majoring in German was so she could undertake an exchange program to Freiburg. She explains that this experience not only helped her German language skills, but also exposed her to people from many different cultures.

“Overall, my experience studying German at UQ through the Diploma in Languages was one that I cherish. The teaching staff were excellent and provided me with interesting content that was relevant to German culture and helped me to deepen my understanding of the country and its people.”

You may be considering studying a second language at university to increase your likelihood of landing graduate jobs using languages qualifications. Or perhaps it’s because you want to expand your international opportunities and experiences. Either way, uni is a convenient place and supportive environment for beginning your journey towards becoming bilingual.

Go borderless – enrol in a Diploma in Languages and take your career globetrotting with a second language. 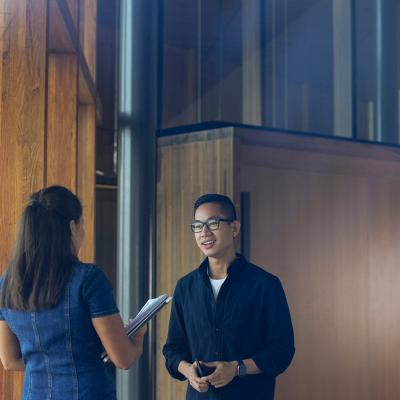 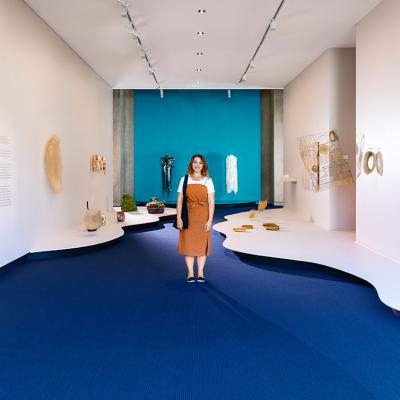 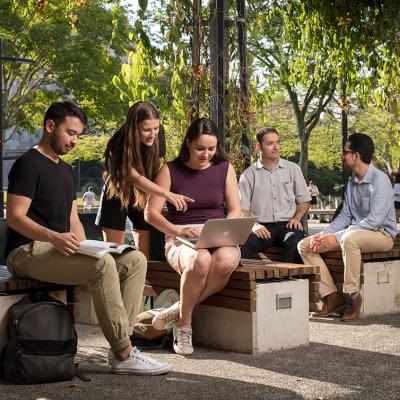 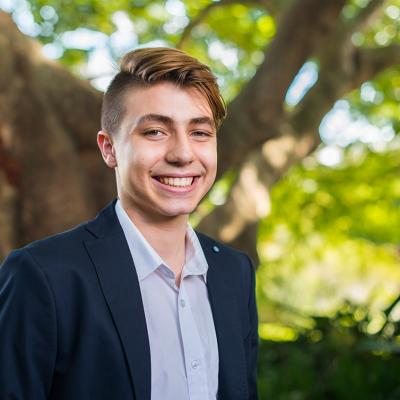