Wide-ranging experiences in multiple industries have equipped Dr Ammar Abdul Aziz to make a difference to students and the planet.

Ammar has been many things in life – farmer, fund manager, researcher and teacher. But it’s his last role, as a teacher at UQ’s School of Agriculture and Food Sciences, where he’s found his true calling.

“I took a leap of faith. It was one of the best things I ever did,” he says.

“The thing about teaching that keeps me there is the interaction with students. I love engaging students in discussions, whether one-on-one or in groups. My door is always open. I guess that’s what I’m most passionate about – to interact and share experiences. That’s what’s beautiful about it."

“The one thing I’d like my students to take away is the ability to critically think outside the box. They have to think for themselves and adapt. Problems will come from all angles, especially in agriculture, where you’re dealing with lots of elements you can’t control.”

How did Ammar get into agriculture?

Oddly enough, it was one of the few ‘controlled variables’ about agriculture that enticed Ammar into the field.

In adolescence, he had dreams of working on Wall Street, trading alongside the big movers and shakers of the financial world. However, when he began to question what he really wanted to achieve in life, he saw the possibility of helping others, helping the environment, and achieving some stability in life via agriculture.

“I had a choice of what I wanted to do, and I thought food was the best option because – as you see in our present times – no matter what happens to the economy, people still have to eat,” says Ammar.

“I was previously an ‘agripreneur’ in Malaysia and am passionate about improving farm smallholder livelihood, about improving risk management and sustainability of agribusinesses. I came to Australia, and specifically to UQ, to learn more, and I’ve now been here for 10 years.”

Ammar's father is his hero, a role model who was also passionate about teaching but who didn’t receive the same opportunities to test himself in another field. Initially, Ammar was unsure why his dad, an entomologist involved with the study of insects, was so driven to share his knowledge and guide others.

But now he has a deep appreciation of the lure.

“Dad used to drag me to tuition and I was the one who would always run away, but it turns out I have inherited his love for teaching,” he says.

“The proudest moment for every teacher is probably when you get to change your students – if not all your students, then just one. To know that you’ve made a difference in just one student is the source of a lot of pride. And it’s happened a couple of times for me so far."

“When they start university, I’d say only between 10% and 30% of students know what they want to be. Changing their perceptions of life, uncovering their passions and helping them fulfil their potential is the rewarding part. You’re walking through a special journey with your students and influencing their outlook.”

Own the unknown in agriculture at UQ. 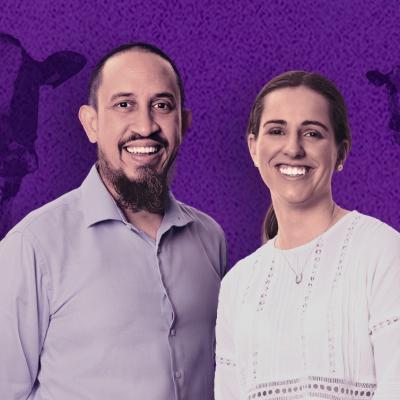 Is Australia's food supply a superhero for the world?

Is Australia's food supply a superhero for the world? 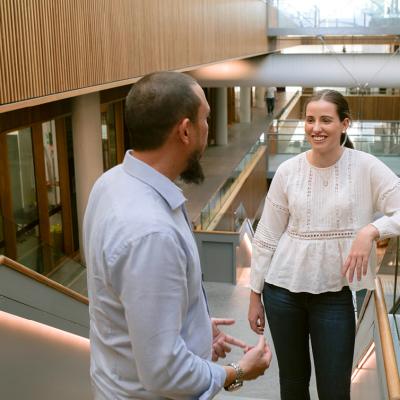 What's it really like to study agribusiness and agriculture at UQ?

What's it really like to study agribusiness and agriculture at UQ?